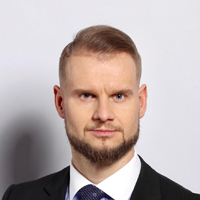 JUDr. Petr Št’astný graduated from the Faculty of Law of Palacký University in Olomouc. After his studies, he worked as a lawyer and then as a manager in the legal department of a foreign insurance concern. Here he gained valuable experience in insurance, finance, commercial and civil law as well as managerial skills. He now works as a sole practitioner with an emphasis on the agenda of commercial obligations and defense in criminal proceedings, including ex officio defense. Petr Št’astný was awarded the academic degree of Doctor of Laws (JUDr.) after successfully passing the state rigorous examination at Charles University in Prague, Department of Criminal Law.