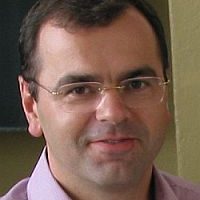 Mgr. Josef Neufus has been working in the hotel and tourism industry all his professional life. He began his professional career at the InterContinental Hotel Prague, where he worked for 16 years in various positions. He obtained foreign work experience in Spain, Austria, Great Britain and Egypt. For almost twenty years he has been lecturing while providing consulting services in the field of tourism and the hotel industry.
From 2010 to 2011 he worked as an advisor for tourism issues at the City Hall of Prague. He has also served as Chief Commercial Officer of OREA Hotels, General Manager of the Voronezh Hotel in Brno, Franchise Services Manager at Days Hotel, Development Manager for Falkensteiner Hotels and Resorts, General Manager of the Thermal Hotel in Karlovy Vary and Managing Director of the Hilton Pyramids Golf Resort in Cairo, Egypt. In 2014, he founded the Institute of Hotel Management and Catering and is the Managing Director of the International School of Hotel Management and Catering. Since April 2017, he has been the Managing Director and Partner of Twisted Palms Lodge & Restaurant in Zanzibar, and since November 2017 he has been the Hotel Portfolio Manager at CEFC Group (Europe) Company, a.s. He has also been the General Manager at Le Palais Art Hotel in Prague since June 2018.
In addition to a number of short-term professional courses and seminars in the Czech Republic and abroad, in 2002 he completed an educational program on the application of the TQM system according to EFQM (European Foundation for Quality Management). He is a graduate of Washington State University‘s International Education Program in International Tourism Management and the Master’s Program at the Department of Cultural Anthropology, Faculty of Arts, Charles University.